You know Girl Scouts as the preeminent leadership development organization for girls. And now, we've created a community of likeminded advocates who feel passionately about coming together in support of girls.

It's the Girl Scout Network: a powerful community of adults—Girl Scout alums and supporters from across the country—who believe in preparing girls to be the leaders of the future.

Check out past Maine Editions of the Girl Scout Network Newsletter here:

Read more about Maine Girl Scout Alums and the amazing things they are doing now:

Jessica Conley is a meteorologist at News Center Channel 6 in Portland and a proud Girl Scout Alum!

After moving to Mississippi for her first job, then back to Maine, then to Savannah, Georgia for another job, she is so happy to be home in Maine where she plans to live forever and ever. And we are so happy to have her home continuing to be a role model inspiring Girl Scouts all over Maine.

Jessica remembers her years as a part of Girl Scout Troop 76 in South Portland fondly. She loved being able to get creative with her Girl Scout troop, inspiring a lifelong love of doing crafty things! “I think some of the Christmas tree ornaments that my family still has on the tree today are from Girl Scouting.” Jessica shared.

Other great Girl Scout memories include marching in the Memorial Day Parade and going to the different Girl Scout Camps. She remembers the Chalet at Pondicherry feeling like a mansion it was so huge! Scelkit was her favorite because it was right on the water where they could enjoy many nature activities. Jessica has always loved the ocean, and obviously the weather, recently spending a lot of time at the ocean.

Jessica’s love of the outdoors, weather, and math inspired her to work hard to become a Meteorologist, despite few women in her program at Plymouth State University. In fact, just like many STEM careers, Meteorology is a male-dominated field that she had to break through. Jessica is an inspiration to young girls, showing them that girls can do anything they set their mind to and are passionate about. Beyond her work in the weather center and newsroom, Jessica teaches math at Southern Maine Community College (SMCC).

Jessica recently hosted Girl Scouts from all over Maine to kick-off cookie season, giving them a behind-the-scenes studio tour, teaching them how the green screen works, and enthusiastically sharing with them her passion for the weather and math. Appearing on the evening news, helping deliver the weather forecast and share their love of Girl Scout cookies, was icing on the cake…or should we say cookie!

Connecting with female role models, seeing them in action, and learning from them is critical to our Movement. Tune into Jessica on Channel 6 and follow her on Facebook, Twitter, or Instagram to get to know this go-getter Girl Scout even more!

When it comes to go-getter Girl Scout Alums, Laila Sholtz-Ames is leading the way. Laila lives abroad in Madrid, Spain where she teaches English, is working on her third book, and hosts a podcast called Facing Race. Impressive, right?!

Born in Dallas, Texas, Laila was adopted as an infant and grew up in Exeter, Maine. Although Laila was homeschooled, her mom made sure her and her sister were involved in community activities, which included Girl Scouts. Some of Laila’s earliest memories are from Girl Scouts. Her mom was her first troop leader before she transitioned to Troop 70, which she was a member of until she started college. Laila is still friends with some of the girls from her troop and feels fortunate to have had such a great support system.

Laila remembers her experience with Troop 70 in Corinth fondly, especially her leaders, “I had two amazing leaders, Paula Spinney and Karen Keim. They were great role models for all of us girls, and they worked tirelessly to make sure that we always felt supported.”

Her fondest Girl Scout memories include doing community service as a troop, helping organize a sleepover at the Bangor Mall for the 100th anniversary of Girl Scouts, and many field trips and outings including going to Mount Desert Island and Camp Natarswi. As Laila says though, “I think my favorite memories were just spending time with the other girls and learning and growing together.”

Reflecting on the skills that Girl scouts taught her, Laila says, “Girl Scouts gave me the opportunity to be a leader, especially as I got older and took on more responsibility in my troop and community. It taught me how to work with other people, how to organize and multi-task, and how to set goals for myself.”

While Laila was a Girl Scout, she earned the Bronze, Silver, and Gold Award! Certainly something to be extremely proud of and as she says, “While it was not an easy task, Girl Scouts taught me the importance of hard work and perseverance.” Beyond Girl Scouts, Laila continues to work hard to accomplish great things.

After high school Laila attended University of Maine, graduating with a degree in Journalism and Anthropology. A job at an environmental non-profit took her to Boston for a year before Laila decided she wanted to follow in her parents footsteps and become an educator. That, coupled with a desire to experience a new culture and learn Mandarin, took Laila to China to teach ESL. Returning to Boston after a year, Laila continued teaching for a few years before heading back overseas, this time to Madrid to pursue her Masters in Teaching. After coming back to the states to teach in the Bay Area, Laila realized how much she missed Spain and just last year, moved back to teach English at an international school in Madrid, where her and her husband plan on staying until the foreseeable future.

Because of Girl Scouts Laila is a confident woman who knows that she is able to succeed in whatever she does, and has the following advice for Girl Scouts of all ages, “Always believe in yourself. There will always be obstacles and challenges, but it’s important to have self-confidence and also lean on the other women in your life.” We couldn’t have said it better ourselves. We are so proud of you, Laila!

Do you know a Girl Scouts of Maine Alum doing incredible things that may want to be featured in the Girl Scout Network Newsletter? Send us an email at news@gsmaine.org.

Connect to the Girl Scout Network

Complete and confirm your contact information to get started now.

More ways to get involved right here in Maine!

Join Girl Scout alums and supporters who believe in preparing girls to be the leaders of the future. 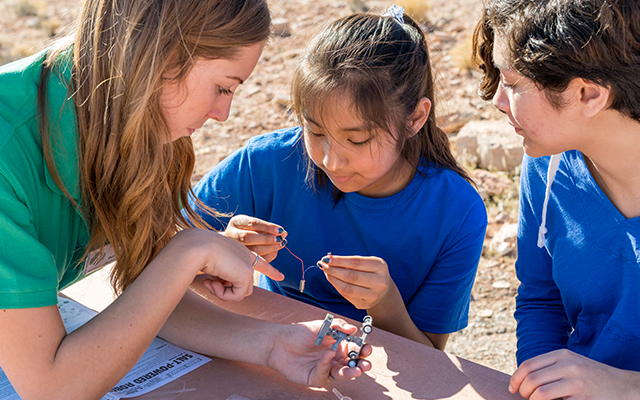 Catch up on what we’re doing today. 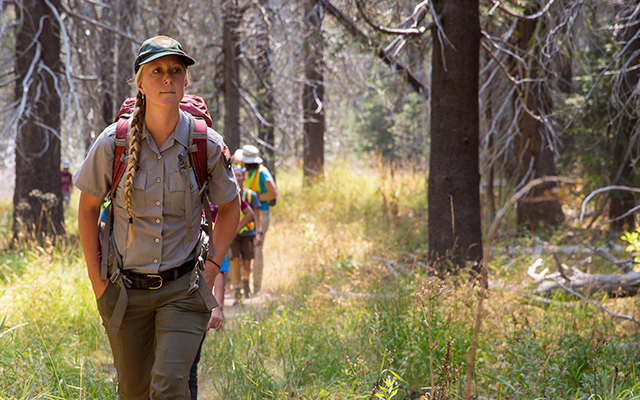 Find events near you, or around the country.